Terry Lamphere and Kyle Lamphere are a father and son team, two generations of Master Stonemasons.

Together they offer a combined 60 years of experience in building trades. Since 1995, Terry and Kyle have worked seamlessly together, each with their own talents. Lamphere Stoneworks combines the convenience and speed of using modern machines and equipment as well as utilizing the authentic tools of the craft: hammer, chisel, feathers, and wedges.

Terry Lamphere is a natural artisan, a self-taught visionary in the stone trades.

His methods of creating stone architecture epitomized "thinking outside of the box" and pushing the limits of stonework. He has a gift for integrating different materials and has spent his professional career building a successful contracting business.

Terry began discovering his craft early in life; he was in ninth grade when he realized laying stone came so naturally to him. That summer he built his first stonewall as a garden project for his mother. To the day he finds that "working with stone is more fun than it is a challenge".

As a building contractor, Terry has built custom homes in the northeast and was the first masonry contractor to restore the NYS Capital in Albany. His handcrafted stone projects can be found all over the Northeast and as far away as Georgia and Texas.

Stonework isn't "what he does", the craft is "who he is". 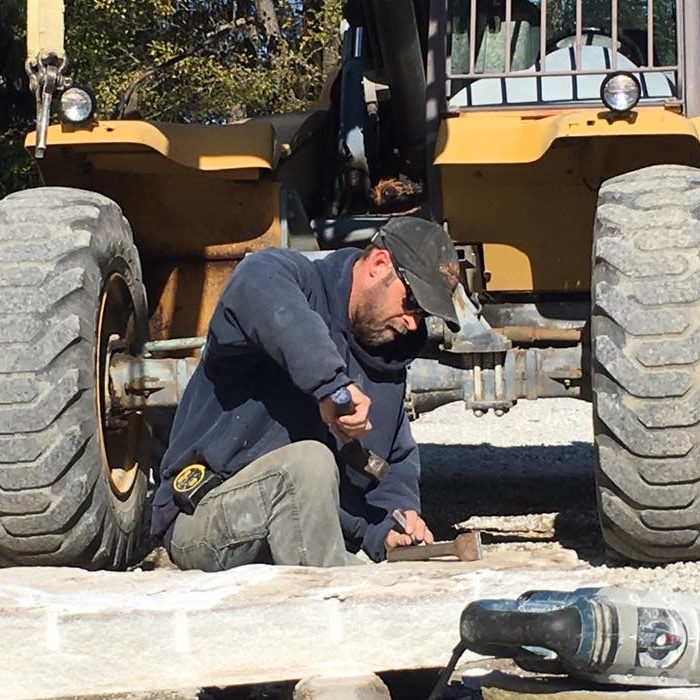 Kyle brings his own talents to the craft and a reputation for addressing the unique challenges of every project.

Kyle's professional career and personal interests have provided him with the opportunity for limitless growth. Kyle is a Master Stone Mason and accomplished Carpenter. Additionally, he also has experience as a Heavy Equipment Operator, Plumber, Electrician, Welder, Mechanic, Commercial Driver, - it is with this extensive skill set that Lamphere Stoneworks is able to do the impossible with stone. Kyle's strongest attribute is his ability to solve problems in all areas of construction.

Kyle possesses the diverse insight to provide every client with the attention to detail that they and their property deserve.

"It's an honor and privilege to witness my father's gifts and bear my own." -Kyle Lamphere